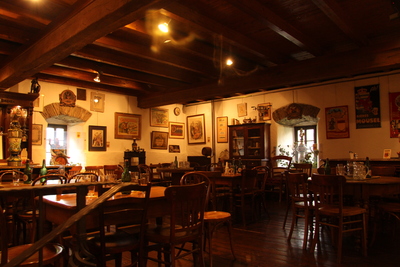 Lying between Belgium and Germany, Luxembourg offers a unique meeting of beer styles, from the Pilsner and lagers of Germany, to the Trappiste beers and dark ales of Belgium. This meeting of styles shows nicely in the beers of the Brasserie Simon, located in Wiltz1)About 200m from the hall, from its Régal Pils, Wheaty Dinkel, to the Oaty Wëllen Ourdaller.

Beer from other Luxembourg breweries, such as Mousel and Diekirch, are available in various outlets within Wiltz. 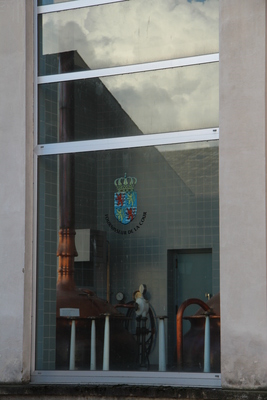 As well as the native beers of Luxembourg, many restaurants and bars also serve one of the top 10 beers in the world2)9th position, As voted by the users of ratebeer.com – Rochefort 10, along with other Belgian offerings from the likes of Leffe and Chimay.

Aside from drinking beer, Wiltz castle is home to the National Museum of the Art of Brewing. This is a compact museum telling the story of beer, and its history in Luxembourg. The museum offers guided tours, audio tours, as well as brewing courses.